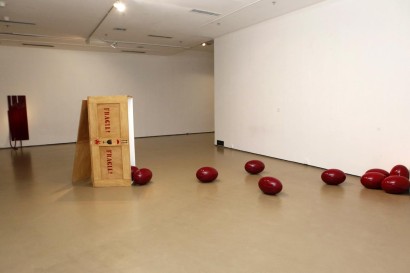 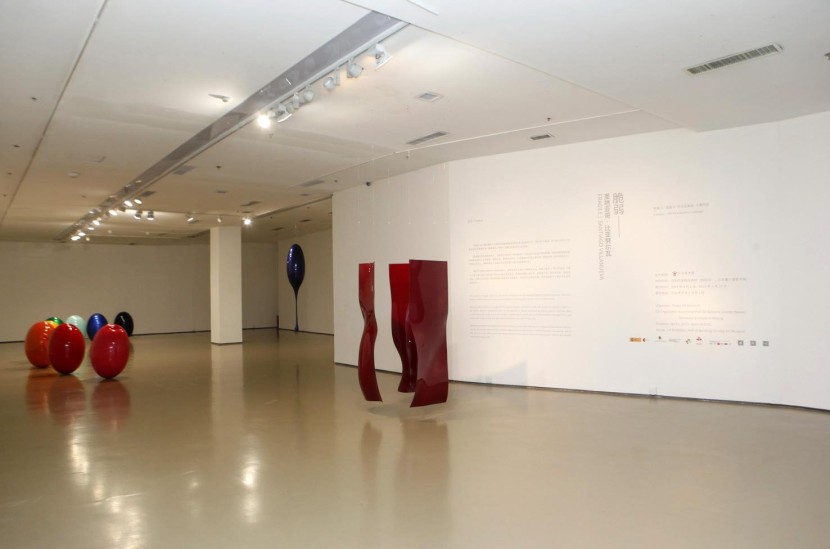 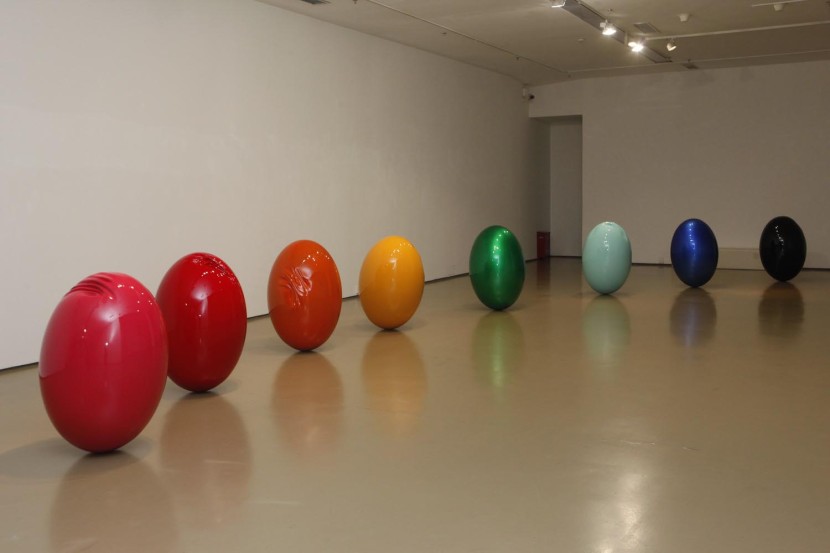 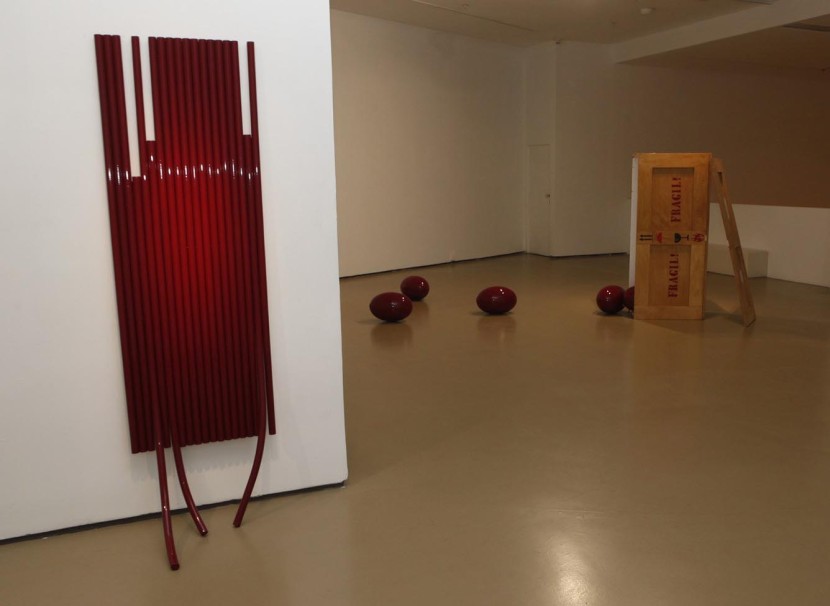 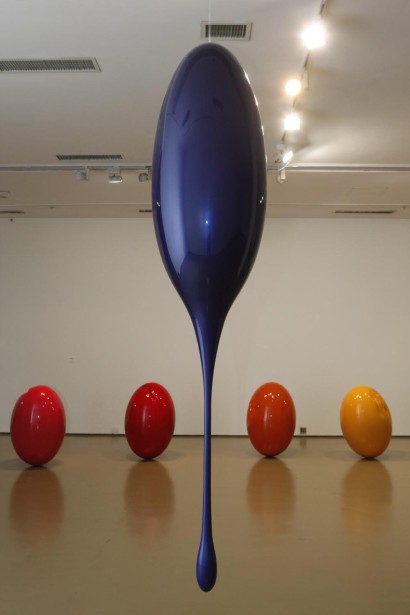 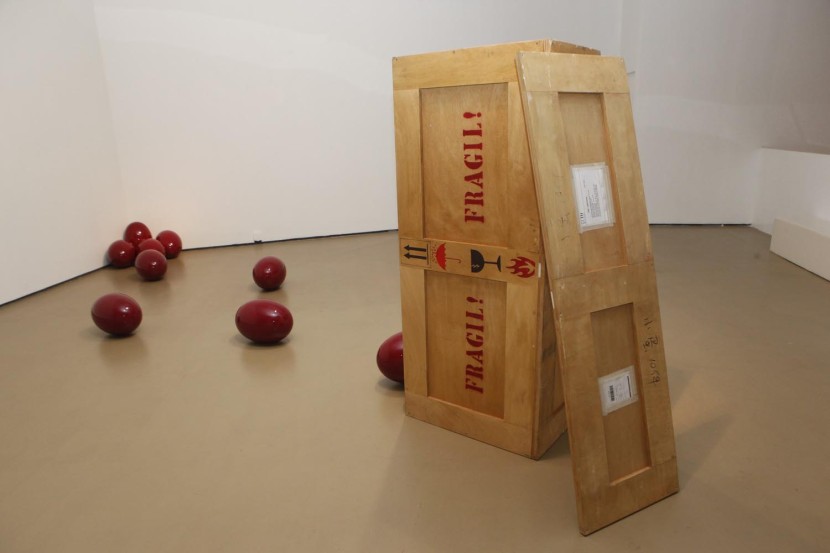 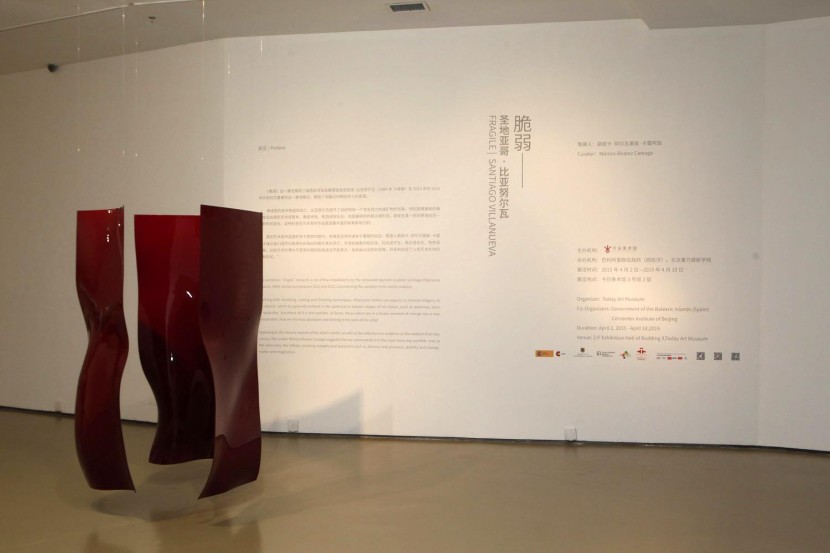 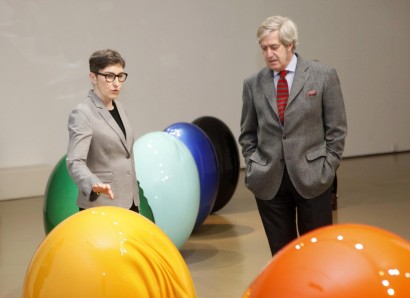 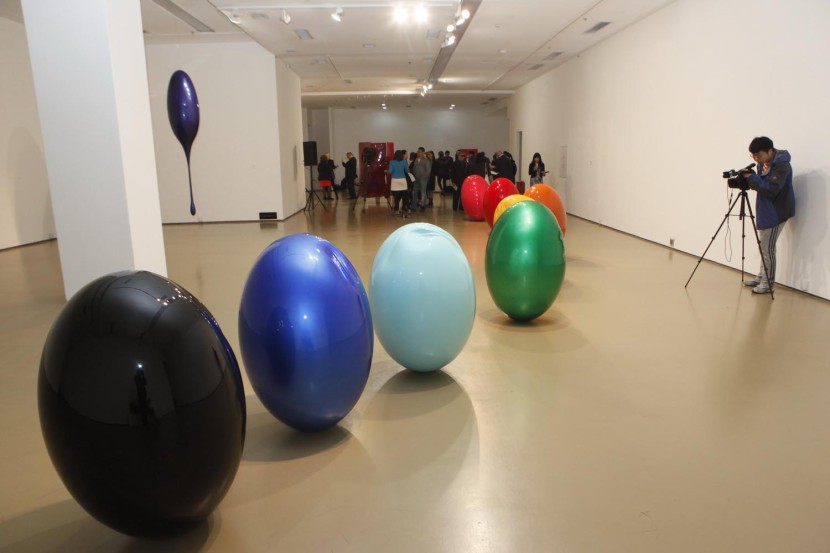 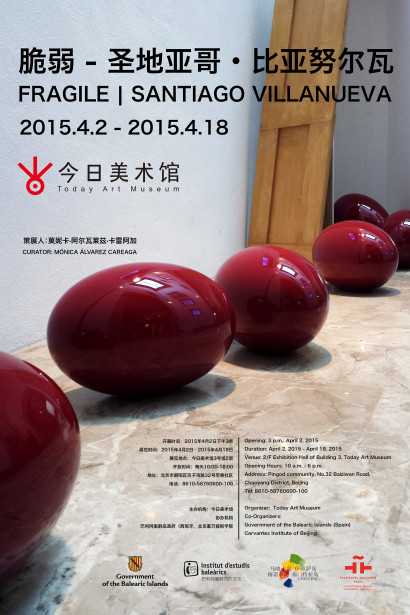 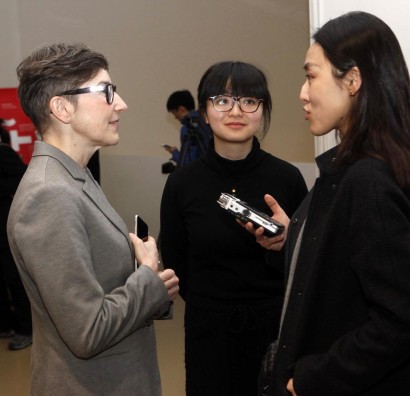 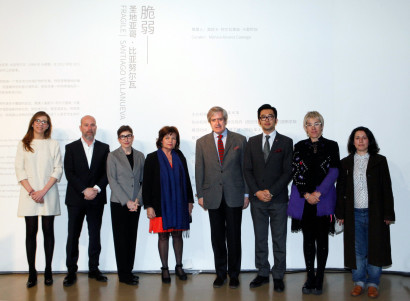 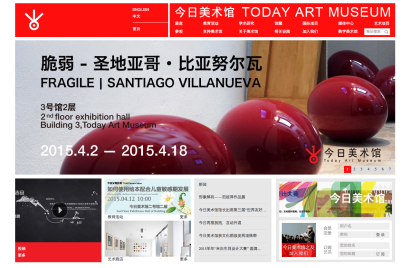 The exhibition Fragile presents a set of five installations by the Spanish sculptor Santiago Villanueva (Madrid, 1964) carried out between 2012 and 2015, summarising the variation in his recent creation.

Working with moulding, casting and finishing techniques, Villanueva confers an organic or mineral imagery to his objects, which is especially evident in the spherical or tubular shapes of his choice, such as antennae, tears or stalactites, but above all it is the transitional forms, those which are in a frozen moment of change into a new composition, that are the most abundant and striking in the work of the artist.

Appealing to the sensory aspects of the artist’s works, as well as the reflection on sculpture as the medium that they convey, the curator Mónica Álvarez Careaga suggests that we contemplate it in the most naïve way possible, and, at the same time, the loftiest, invoking metaphysical polarities such as absence and presence, stability and change, matter and imagination.